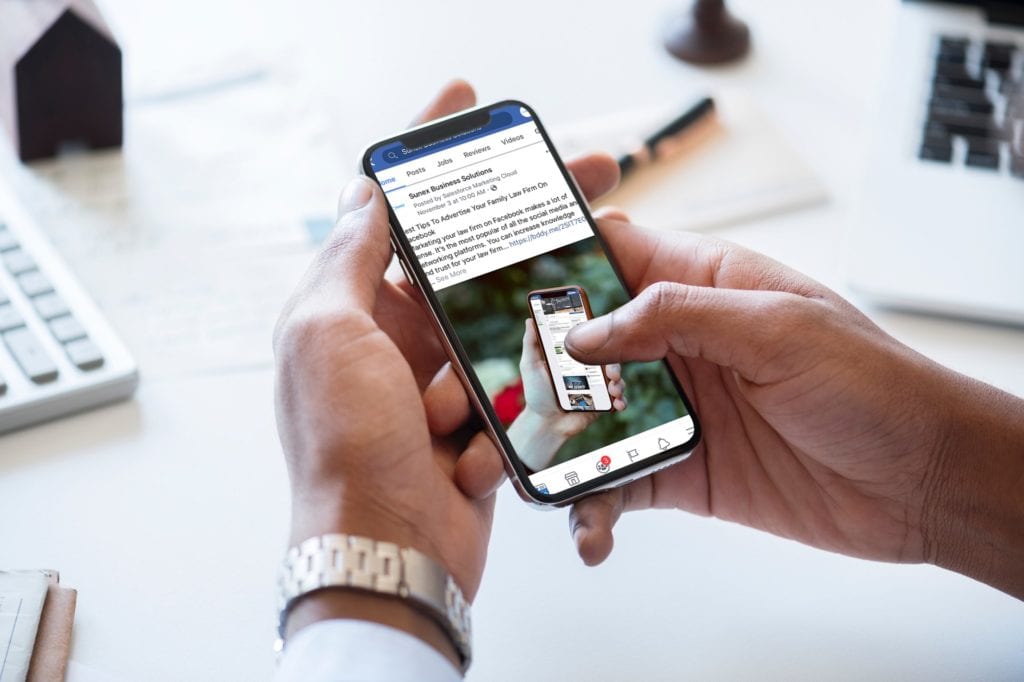 It’s absolutely criminal if you run a business and you neglect to run a marketing and advertising campaign on Facebook. It’s a widely acknowledged fact that Facebook is extremely popular, with billions of people visiting this platform every month. Facebook users in the US are especially engaged, and they spend an hour a day on average here. That’s why if you’re a criminal defense attorney trying to grow your legal practice, this is where you need to make your presence known.

But while everyone knows that Facebook is the website to be in, not everyone knows how to go about advertising and promoting their law firm on Facebook. Not very many law schools cover this topic. But here are some absolutely legal tips that should help:

Plenty of Facebook users tend to resent blatantly advertising on the platform. They view ads in much the same way as football fans regard TV commercials, which is to say that they basically ignore them.

But people can get interested in educational and informative content, especially when you put out posts with news that will affect their lives or with advice that can help them in legal situations. So you can feature posts about the availability of legal marijuana for recreational use, or give advice on how to post bail when you’re arrested.

You can then feature news about your own practice and cases, and format them as industry news as well. Of course, when you post about how your law firm won a criminal case or trumpet the awards you’ve received, they’re not regarded as blatant advertising. It’s simply newsworthy.

It’s understandable if you’re a criminal defense lawyer and you tend to insert a lot of legal jargon in your everyday speech. That’s because these terms can be very definitive, and the people in the legal circles you’re in all understand you. When you talk about prima facie evidence or argue about habeas corpus, it’s not like you’re talking nonsense.

But when you’re in Facebook, the point is to engage people who may either become your clients or who can recommend you to friends who need a criminal defense attorney. Talking in Latin may be impressive, but it doesn’t make you clear and understandable to people who didn’t attend law school. You may just annoy the people you engage with. so use plain language instead.

Catch Their Attention with Videos

The success of YouTube, along with Netflix and other similar streaming entertainment, attests to the power of videos to attract and hold the attention of people online. On Facebook itself, people as a whole watch 100 million hours of videos a day. Surveys regularly show that if people are given a choice between reading text and watching a video to learn about a product or a service, they’ll choose video 3 out of 4 instances.

So put in branded videos on your posts. They’re much more engaging than blocks of texts. Articles don’t go viral as frequently as videos, so that should give you a clue!

Admittedly, as a lawyer you probably have too much to do and very little time to do it. So there’s always the temptation to just ignore Facebook for a while. In some cases, businesses even dump a load of posts at one go so that they can take a long break. But taking a break won’t work.

When you’re not in Facebook for a significant period, you’re basically out of the spotlight. People’s attention may be elsewhere, and they may instead be engaged with your rival law firms. What’s more, there’s a sense that you’re not really serious about engaging on the platform.

So what you should do is prepare a bunch of posts ahead of time, and then send out one post at regular intervals. You can do this with your social media content calendar. This allows you to remain in the limelight while you still can focus on other aspects of your job.

When you post something on Facebook, you can get comments and questions. That’s a good thing, because on social networking platforms the most terrible reaction is indifference.

Don’t forget that these people may end up as your clients or as people who may recommend your legal services to their own circle of friends. So do the right thing and engage with the people who react. What’s more, people expect you to respond within 24 hours, or else they may get a sense that you’re ignoring them.

How do people know you’re a good criminal defense lawyer? They can realize that if you consistently have clients who are found “not guilty”. In other cases, you may be able to negotiate a plea to have a sentence or a charge reduced.

In much the same way, you know that your Facebook marketing efforts are bearing fruit if you check the right metrics. You can check:

In the end, it’s not really all about “likes”. It’s about concrete evidence that people are interested in your legal services. These are the metrics that matter.

In the old days, people like to joke about some lawyers chase ambulances for a living. Today, it’s about presenting your law firm in a platform where potential clients and “influencers” hang out. That’s Facebook, and that’s where your marketing efforts ought to be. Don’t be guilty of the crime of neglecting Facebook marketing, because your sentence will be to see your rival law firms get the clients that could have been yours.

I’d Like To Learn More About Digital Online Presence’s Services.